Charlie Smith (a pseudonym) is cofounder of GreatFire, an organisation that fights internet censorship in China. At TEDxHagueAcademySalon he’ll be interviewed live onscreen, though his true identity will be concealed.

GreatFire runs FreeWeibo.com, a site that republishes information censored by the Chinese microblogging site Sina Weibo. FreeWeibo has been nominated for the Index on Censorship 2014 digital activism award.

GreatFire’s latest strategy, which it calls ‘Collateral Freedom’, uses commercial cyberspace that China wants to keep open to host sites it would rather block. According to Charlie Smith, the scheme has the potential to topple Chinese censorship.

“Welcome to FreeWeibo.com. We ignore relevant laws, legislation and policy.”

This welcome message sets the tone of FreeWeibo.com, a service that republishes information that has been censored on Sina Weibo, the Chinese equivalent of Twitter.

FreeWeibo.com is run by GreatFire, an organisation bent on knocking holes in the ‘Great Firewall of China’ to allow Chinese people free access to internet. As well as FreeWeibo.com, Greatfire keeps an eye on what online information China is censoring, and runs Collateral Freedom, a scheme to sneak around censorship using channels China can’t afford to block.

GreatFire’s cofounder Charlie Smith (not his real name) will be appearing live onscreen at TEDxHagueAcademySalon – though for obvious reasons, his identity will be disguised. We spoke to him about the battle with Beijing in cyberspace.

Q: Why is it important for people to get access to the information on the kinds of sites you work with?

Q: You've had a few key successes - but how are you going to make a real impact?

CS: We successfully pressured Microsoft to make changes to Skype in China. We believe that our new concept, Collateral Freedom, will end all censorship in China, on and offline. We also know that this concept can be applied to other countries that practice online censorship. This is the real impact we are confident we can make.

Q: If you could talk directly to a Chinese censor, how would you explain that internet freedom contributes to China's security rather than threatens it?

CS: That's a tough one. You can't really make change happen by speaking to a Chinese censor. He or she is just doing their job - nothing I could say would make them change how they go about their work. This conversation is best left to others who have higher access to the people who can make this kind of change happen.

I would say to a Chinese censor that with our collateral freedom approach, we are giving you one of two choices: either drop all censorship controls or prepare to deal with the economic fallout of trying to stop what we are doing. Today, the Chinese authorities know that money talks. They won't sacrifice their own economic gain in order to maintain their control on censorship.

Read Wenjing Fan's blog on everyday insecurity: What does security means in China? 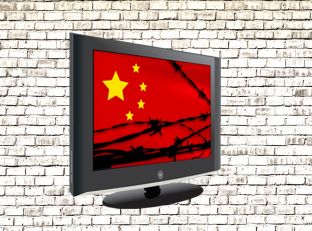